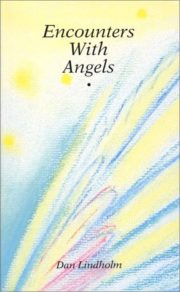 The Esoteric Meaning in Raphael's Paintings $ 20.00

Insights into Pauline thought and the emergence of conscience. Friedrich Hiebel adds the Grail motif to his consideration of John’s Gospel as it sheds light on the Pauline striving for knowledge. Topics include: Pauline Christianity and the Emergence of Conscience; The Event of Damascus; The First and the Last Adam; Divine Sonship as the Birth of the New Man; The Old and the New Covenant; The Way to Freedom; Love in the Act of Free Knowledge; The Second Coming of Christ; The Theory of Knowledge on a Pauline Basis, and the Further Development of Conscience; and The Lance of Longinus: The Grail Motif in St. John’s Gospel.

Friedrich Hiebel first met Rudolf Steiner for the first time when he was 18 years old. He earned a doctorate in German literature, history, and comparative linguistics and taught at Waldorf schools in Europe and the United States, as well as at several U.S. universities. Dr. Hiebel is the author of many books and essays, including The Gospel of Hellas and Time of Decision with Rudolf Steiner.

Be the first to review “The Epistles of Saint Paul and Rudolf Steiner’s Philosophy of Freedom” Cancel reply
SKU: 9780916786410 Categories: Anthroposophy, Biblical Studies, Esoteric Works by Others, Books Tag: Out of Print